A mother’s message for Her Children

A Tour of Islamic Architecture

Islamic architecture encompasses a wide range of both secular and religious styles from the foundation of Islam to the present day, influencing the design and construction of buildings and structures in Islamic culture. The principal Islamic architectural types are: the Mosque, the Tomb, the Palace and the Fort. From these...

Visiting Australia : Journey from City of Melbourne to Heron Island

Heron Island is a unique and out of this world experience of aqua blur waters and coral reef almost the best you can imagine. Yet, the most fantastic thing about going to Heron Island is that you can fly to Sydney or Melbourne and after enjoying the exquisite days at...

Website Designing is an Essential Tool to Present and Package Your Website in an Attractive Way so As To Lure Potential Clients And Creative Use of Web Designing Features Will Give You a Smart Website. A detailed brief of what’s latest in web designing and what features to look for...

Yahoo and Microsoft Said to Be Weighing Ad Pact

Yahoo and Microsoft, which held a marathon series of fruitless merger and partnership negotiations last year, have restarted discussions, this time over a possible advertising agreement, a person briefed on those discussions said Friday Conversations between the two sides have been scant since Carol Bartz was named Yahoo’s chief executive...

article written by Brad Linder It’s a week or so since Microsoft started sending out Internet Explorer 8 through Windows Automatic Updates for customers who installed early beta versions of the browser. But now the company is preparing to start pushing the update to users who still have older browsers...

Mr. Justice Iftikhar Muhammad Chaudhry has taken back charge as Chief Justice of Pakistan. He has become the first chief justice who has been suspended and reinstated twice. At last after 2 year long struggle of Lawyer’s and civil society and thanks to the amazing Long march on 15-16 March, 2009. here is the portfolio of Honourable Chief Justice of Pakistan 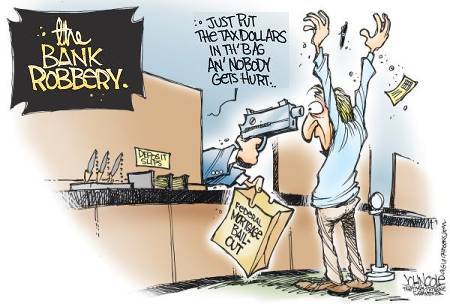 Santa and Banta decided to rob a bank but during the process of the robbery they mess it up, but they do managing to escape with two sacks that they find on the floor. They do manage to take one sack each…