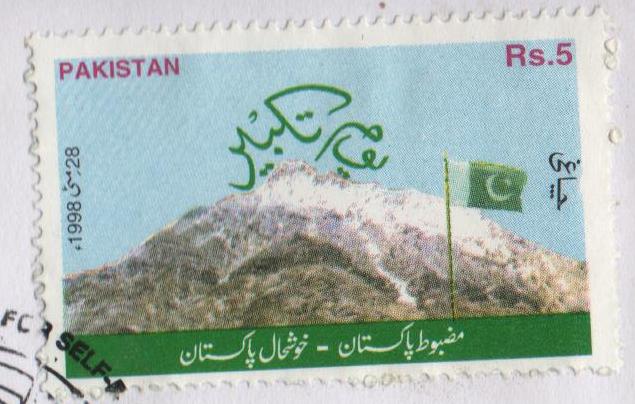 Pakistani nation & whole Muslim Ummah celebrated 28 May as a “Youm-e-Takbir”. This day brings a message of immortal power of defense for the Muslim state especially for the revival of whole Muslim Ummah. Glorious Day of Celebration: On May 28 1998 the Pakistani scientists fired up the trigger of...

This post showcase some beautiful pictures of Pakistan. Islamic Republic of Pakistan is a country in South Asia. It is the second largest Muslim population after Indonesia. The name Pakistan means Land of (the) Pure in Urdu and Persian. Tourism is still a growing industry in Pakistan because of its...

Aslam O Alaikum, all Pakistani brothers. Pakistan’s 64th independence day is about to come in 9 days. Here I would like to share a few Desktop wallpapers I designed myself regarding Pakistan’s independence day.  Hope you will like that. Some Wallpaper from my collection…

The Lahore High Court (LHC) lifted the ban on social networking website Facebook on Monday. During today’s proceedings, the court demanded guarantees that blasphemous content will not be accessible to users in Pakistan. The court observed that the act would be treated as contempt of court if it is repeated again. Meanwhile, deputy...

ISLAMABAD: The Pakistan Army is investigating mobile phone messages warning the recipients that their SIMs could be hacked by terrorists if they followed instructions given in some messages. One such message says: ‘Attention: If you receive a call on your cellphone informing you that they are from quality control department...

Pakistan won the ICC World Twenty20 in an exciting finish at a noisy Lord’s when Sri Lanka’s total of 138-6 was overhauled with eight balls remaining.

Mr. Justice Iftikhar Muhammad Chaudhry has taken back charge as Chief Justice of Pakistan. He has become the first chief justice who has been suspended and reinstated twice. At last after 2 year long struggle of Lawyer’s and civil society and thanks to the amazing Long march on 15-16 March, 2009. here is the portfolio of Honourable Chief Justice of Pakistan

shooting Attack believed to have happened as team drove to stadium in Lahore on the bus I feel so sorry for Srilankans cricketers … I’m so worried for them … we should all pay for them … and I believe these might be foreign agencies involve in this attack …...